CITY SLICKERS IV has been singing together for about three years.  Doug Kontak, Wes Paradise, and George Williams formerly sang with the quartet, TWO BASS HIT.  Joined by Tony Vollers of the ROCKETEERS, the four now comprise City Slickers IV.
. 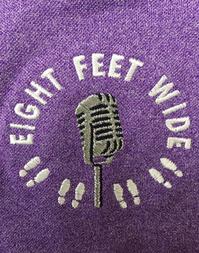 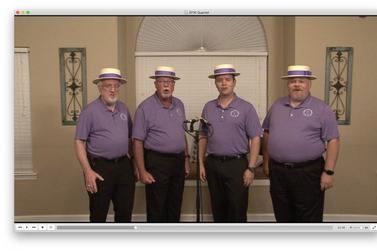 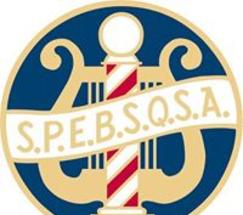 EIGHT FEET WIDE, a registered Barbershop Harmony Society quartet, formed in 2019.  Eight Feet Wide consist of members from the Athens, Nashville, and Huntsville chapters.  The group is looking forward to providing entertainment around north Alabama as well as compete in Dixie District conventions.  For information about performing email eightfeetwide@gmail.com or call 256-970-8005.

The ROCKETEERS registered as a quartet with the Barbershop Harmony Society in August 2006. With Huntsville being known as "rocket city" and all members working on Redstone Arsenal, Rocketeers was the obvious name for the quartet.  The Rocketeers appeared in the Decatur Civic Chorus 2007 production of The Music Man and several shows presented by the Decatur Civic Chorus.   They were a finalist for Huntsville's Home Grown Talent contest.  They sing at numerous community events including Huntsville Stars home games, Patriot's Day ceremonies on Redstone Arsenal, Veteran's Day Parade, Panoply Arts Festival, Huntsville’s Concerts in the Park, Madison’s Gazebo concert series, Decatur’s Concert by the River series, Athens’s Concerts on the Square series, and Huntsville’s Sidewalk Arts Stroll 2013.  They often sing to lift spirits at local hospitals, nursing homes, assisted living centers and nursing homes. They are fun-loving guys who do not take themselves seriously and just enjoy singing!

We are a society of ​Quartet Singing!  While members are welcome to simply sing as a member of our chorus, Southern Splendor encourages members to experience the thrill of ringing chords with four voices.  We sponsor standing quartets such as Copeland Road, Eight Feet Wide, Rocketeers and City Slickers IV.  Other quartets organize for special occasions such as our popular Singing Valentines.  At most rehearsals we provide an opportunity for four voices to gather impromptu and sing quartets from our Barberpole Cat series of standard repertoire.  Meet our quartets......