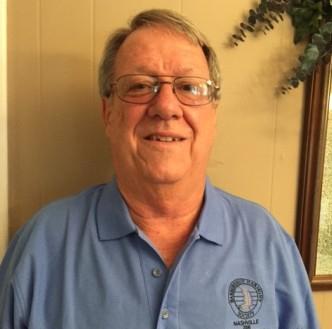 Albert T. Mitchell, or “Tommy” is a 1977 graduate of Austin Peay State University in Clarksville, Tennessee.  He has a Bachelor of Science in Music Education.  He has many years of full-and-part-time experience in church music directing various choirs and ensembles.  He  has created and directed many holiday and special pageants.  He enjoys musical theater and has appeared in many performances.

Serving as our director, Tommy’s leadership resulted in winning the “Most Improved Chorus” award in the five contest cycles.  He led us to capture First Place​ for Plateau A at the 2017 and 2018 Dixie District Fall Convention.  He commits to continue to bring top quality a cappella music to North Alabama.

Tommy is widowed with two children, Paul and Phillip, and four grandchildren.